Around here, after a long holiday weekend, we like nothing more than to start prepping for the next holiday. And it just so happens that our next holiday we look forward to is National Doughnut Day, which is celebrated on June 5.

Speaking of holidays, this Memorial Day weekend, Ada was doing what everyone does in quarantine: baking bread. Lots and lots of bread. She found focaccia recipes on Pinterest, a sourdough recipe on Bon Appetit, and a Peanut Butter bread recipe on the Food Network.

But her true love isn’t baked goods, but rather deep fried goods. So, when she received a notification on her phone that National Donut Day was coming just around the corner.

In preparation, Ada hurriedly shuffled through her kitchen cupboards, grabbing all manner of ingredients and cooking supplies. Then, one-by-one, she began rolling the dough, forming a ring and tossing them into her deep fryer. Perhaps unsurprisingly, given the speed with which Ada was cooking, and her own personal track record in the kitchen, this holiday would not be without incident. 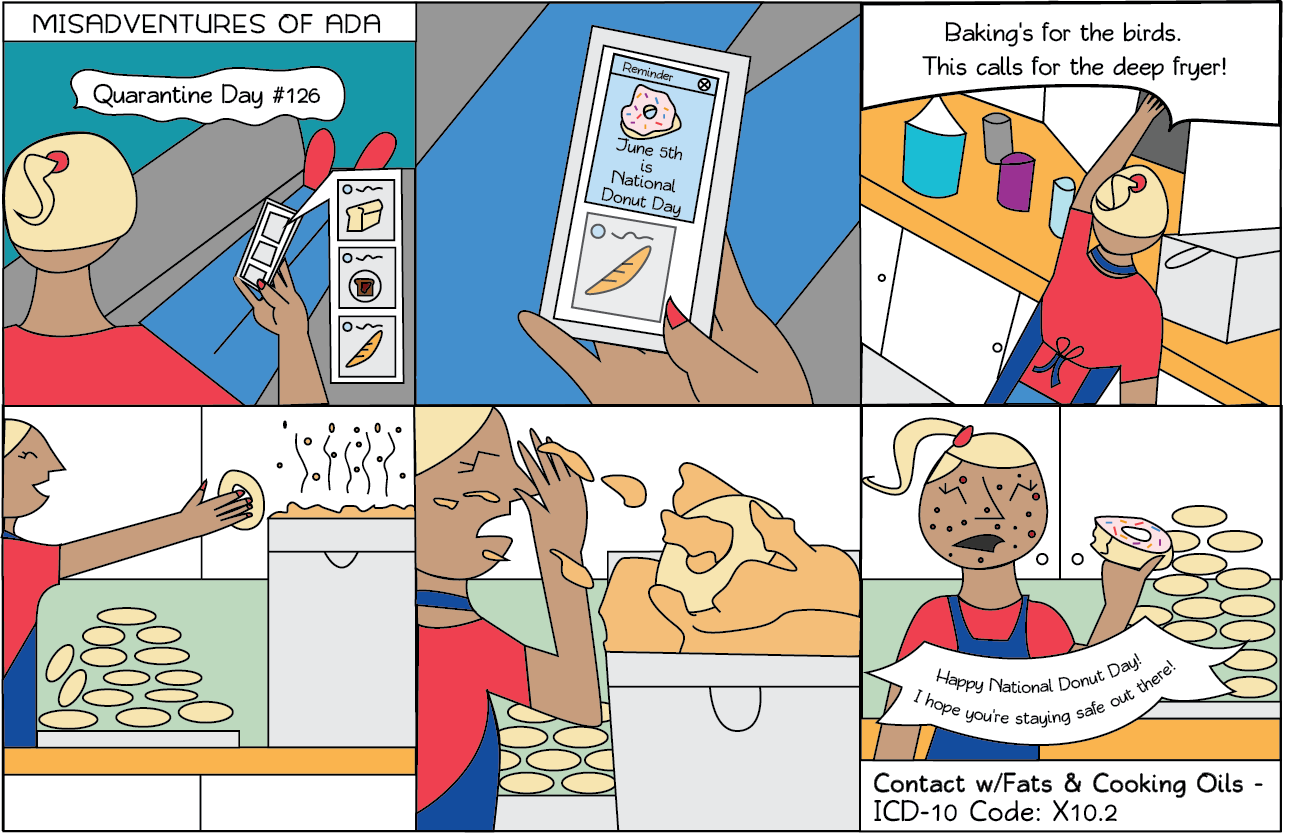 We hope you enjoyed your Memorial Day weekend, and are as excited for National Donut Day as much as we are.

Ask an Auditor: Telehealth in the Time of COVID - FAQ, Part 4

Medical Coding and Auditing Trends for 2020

Ask an Auditor: Telehealth in the Time of COVID - FAQ, Part 3