Amore Mio! The opera star belts out a beautiful story of love found and lost, and her moving words are carried to the edges of the theater, where they reverberate up into the dome. Ada is on the balcony overlooking the performance with tears in her eyes. “Isn’t she magnificent?” Ada says to her friend, her voice slightly cracking.

AMORE MIO! The star thunders with a powerful voice out of this world, the balcony shakes, and the lenses on Ada’s binoculars crack. Ada screams, “I can’t see! Aaack!” She flails around and tips head first over the edge of the balcony. She flips in the air and lands in a chair with a forceful boom that silences the theater. “Is she okay?” The opera singer asks from the stage. “Can someone call a medic?” 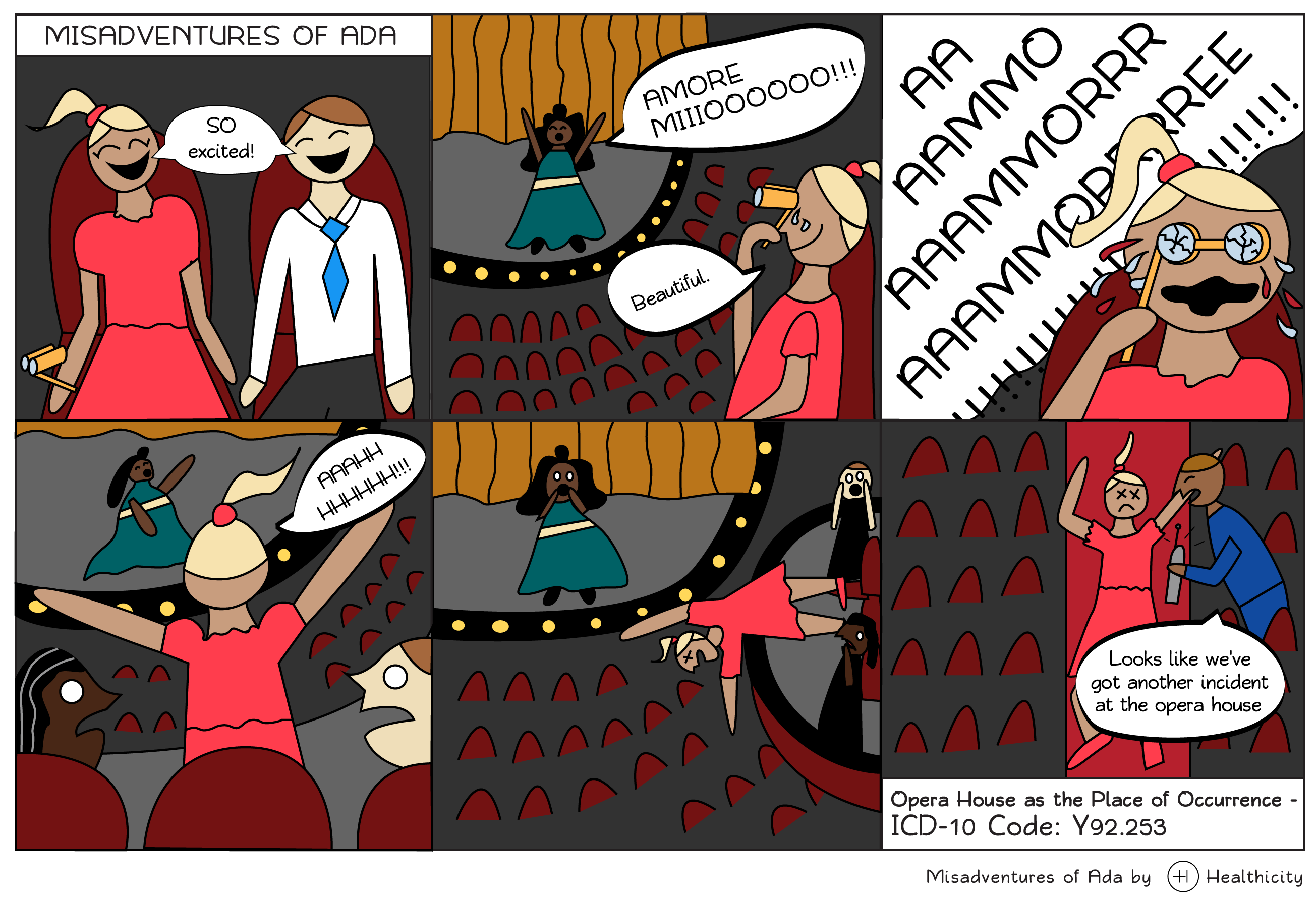 Free Telehealth Bundle: The Past, Future, and Present of Telehealth

Make Sure Your Coders and Auditors are Ready to Roll