On a quiet beach along the French Riviera, Ada prepares for a few minutes of sunbathing. She makes sure to douse herself in sunblock until she looks like a snowman; she grabs her favorite book and stretches out like a lizard across her blanket. The scent of sea salt and citrus clings to the air. The sun is inviting and warm. The rays envelop her in a gentle hug. The heat tugs at her eyes and fills her nostrils, lulling her into a deep, tranquil sleep.

Ada needed a nap; she’d spent the week in full tourist mode, zooming on and off the river cruise ship taking in all the delights of the Mediterranean. She power walked from destination to destination, taking in the sites, the food, the drink, the people.   Unfortunately, Ada has never been a fantastic power napper, so when she awoke four hours later, she found a seagull tap dancing along her spine; her mouth and throat felt full of sand, her body hot, drained, and aching. She tried to stand, but her head spun, her sore and sunburned knees buckled, and she face-planted on the beach.

How do you say “call a paramedic” in French?

Someone nearby called the authorities, and in no time, help arrived. As they stared at her scarlet backside, one of them called down in a calm, authoritative French voice, “I think we will have to take you in for this.” 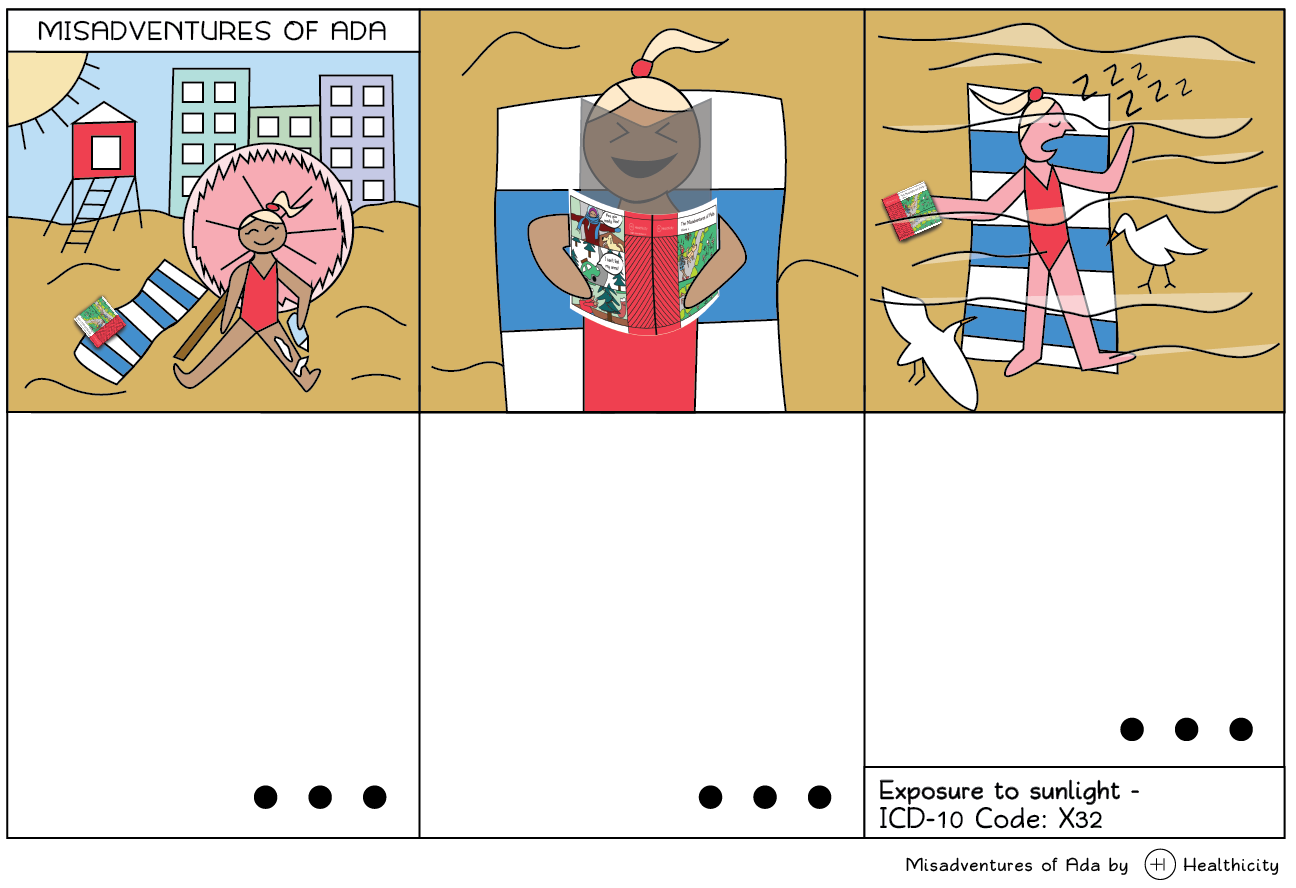