Over this July 4th holiday weekend, Ada, sporting a new summer dress and mask, was out taking a leisurely walk through the park with her dog, Rex.

While listening to the local radio on her ear pods on an otherwise beautiful Sunday afternoon, she heard some alarming local news: there was an invasion of murder hornets reported in her neighborhood. This was the first she’d heard of the nasty insects, but just their very name had her horrified.

Rex, unconcerned with the breaking news decided to have some fun and took off running after spotting something of interest, dragging Ada along for the ride.

But while Rex was busy sniffing around, Ada heard some loud buzzing and, before she knew it, was face-to-face with a really, really angry-looking foe.

We hope that you, unlike Ada, had a fun and safe holiday weekend! 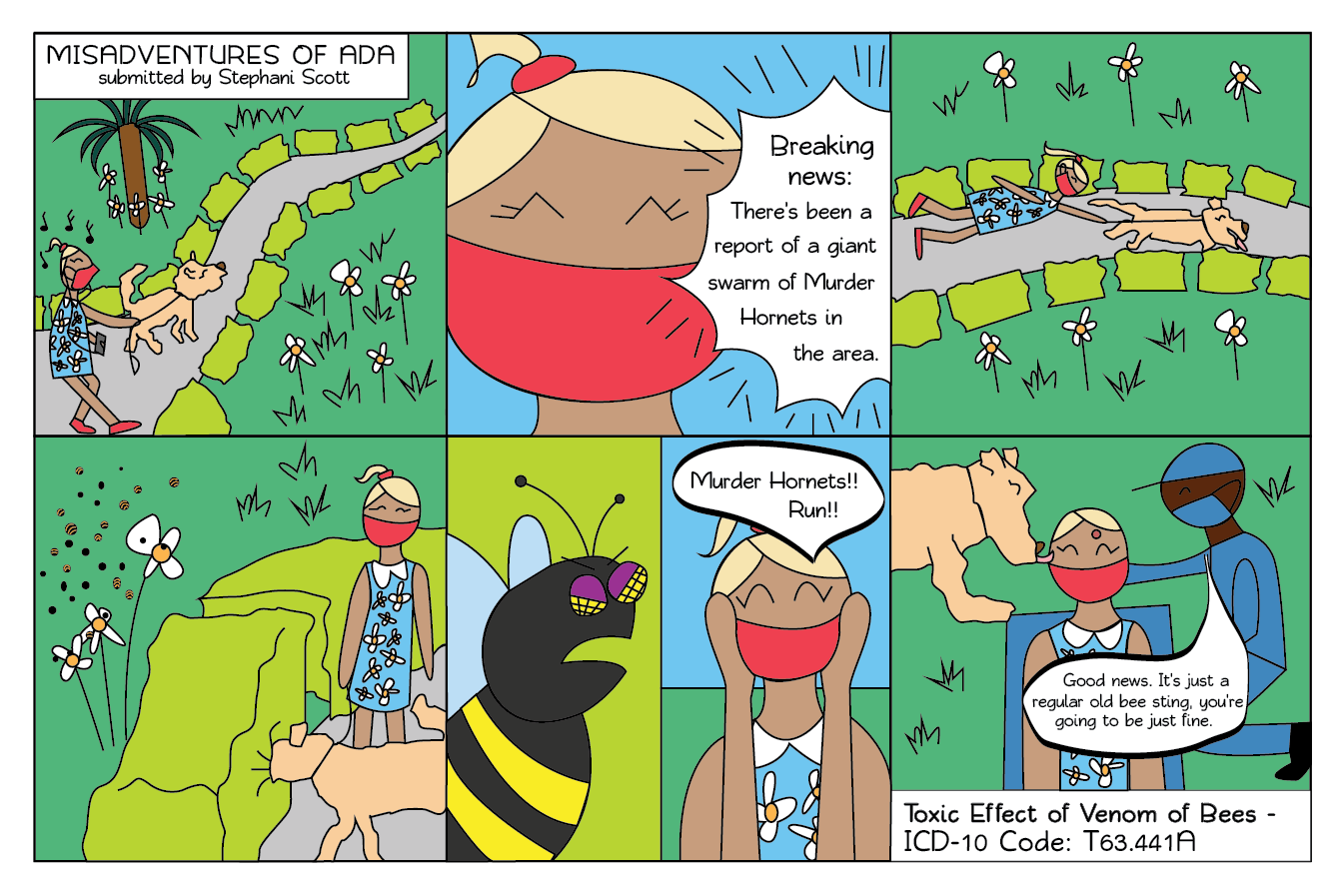 What Kind of Audits and Investigations Can You Expect Post COVID-19?