Ada and her friend, Val, were craving a late night snack and so they set out to the nearest grocery store for some munchies. They meandered through the aisle of chips, grabbed a pint of sea salt caramel ice cream, and they were just about ready to leave when one of Ada’s favorite songs blasted over the speaker, Celine Dion’s "My Heart Will Go On," from the movie Titanic.

“I loved this movie!” Ada said. She closed her eyes and saw the brief romance unfold between Leonardo DiCaprio and Kate Winslet. “So romantic.”

“Get on!” Val said. She swung the cart around so the front faced Ada. Ada looked around, slyly, with the slightest hint of a mischievous smile. Ada positioned herself on the front of the cart like a ship's figurehead as Val started down the empty aisle. Slowly at first, then picking up speed. Ada held out her arms and closed her eyes.

“And my heeeeart will go oooon! I’m flying!” Ada laughed.

“You’re flyyyying!” Val echoed, her feet picking up the pace and pounding against the septic white linoleum.

Out of nowhere, a janitor comes into view from around the corner, his back to the cart, a mop in hand, wearing headphones. They crash into his water pail, Ada goes airborne, while Val flew back and dug in her heels, trying to stop the cart.

The Janitor, Jim, grabs his phone and dials 911. “Hello? Someone has fallen out of a cart.” 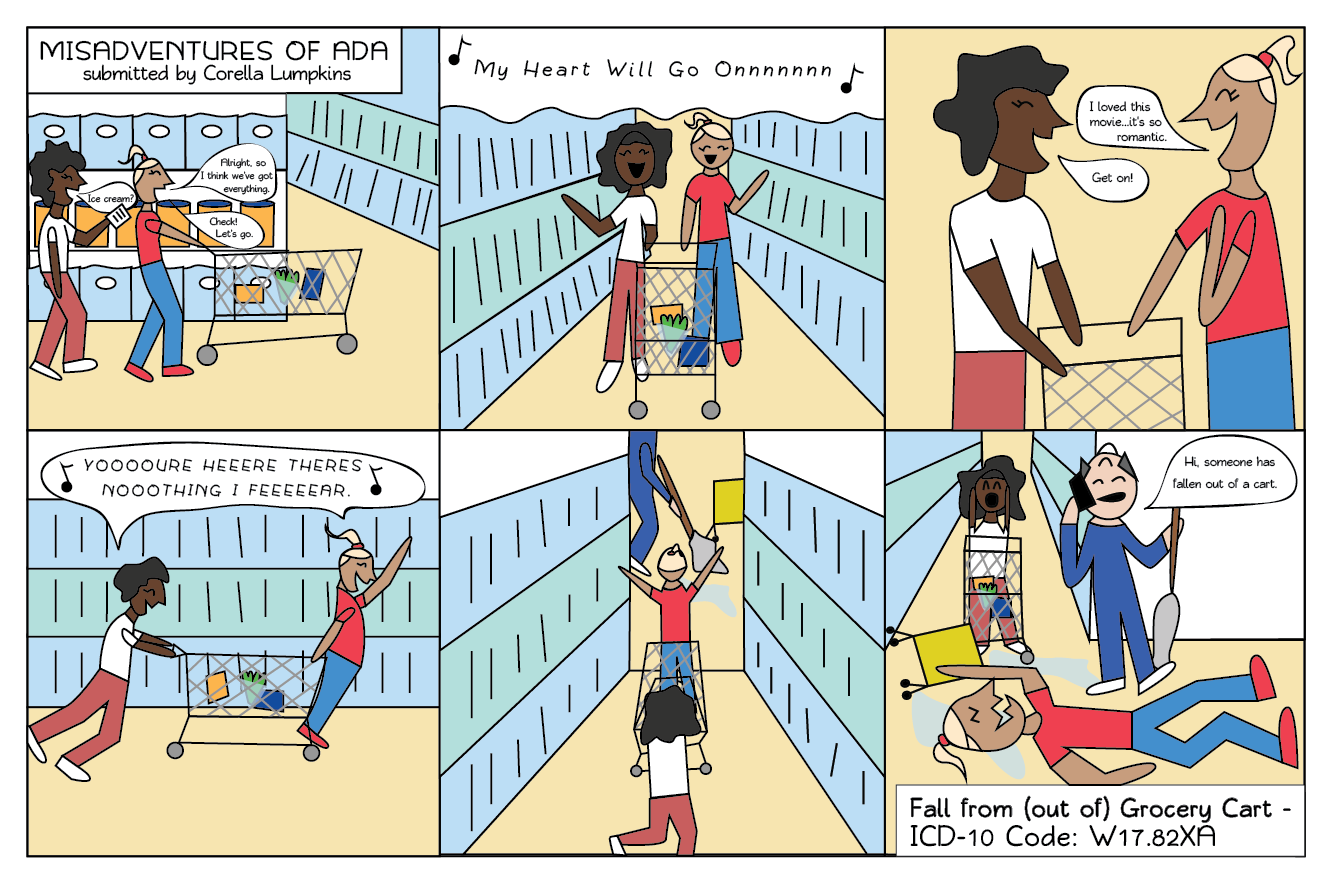 Want a high-resolution PDF to print out and hang up in your workspace or to give to a friend? Simply fill out the form and we’ll send it straight to your inbox.

Do You Know When is it Appropriate to Use Modifier 25?